How long has it been since women were made to stay home all by themselves? A transient order of magnitude made them live a life where they were submissive to the rules and regulations set by those who were considered superior to them.

This transient order surpassed the fields of education, art, technology, and even gaining a little knowledge so that they cannot stand up for themselves was deemed wrong.

It’s been ages since women had no voice of their own as they were silenced by the transient power. This power of ruling an entire gender is not only enclosed to the superior gender alone. The master/slave dichotomy that has ruled the gender lies in the ideology of patriarchy. This patriarchy is not bound by just men, but by a social structure which encompasses genders.

Anyone can have a patriarchal thought process and it is against this ideology, many waves of feminism started springing off in many ways, in many platforms, be it on education, on the artistic platform, economical or medicinal, women are raising their voice against the injustice that was done to them in their own way.

How pop culture contributed to the movement?

One of the modes that have influenced the women of the world to rise against the injustice done to them is the mode of popular culture which not only nourished the feminists and helped them get in touch with the voiceless but expanded the movement enough to influence them into adapting that fierce way of life where the women will lead by shattering the shackles that had so long stopped them from achieving, speaking and winning.

With the help of magazines, which publishes many stories of how many feminists amassed the courage to walk the walk of freedom, television which shows their life, and cinema which captures the true essence of freedom gained by these slaves of the gender has become one of the influencing elements in the movement. Even though we are living in the twenty-first century, we are still being restrained in our society, retaining us from gaining success.

Many cinemas and television shows have captured the essence of the struggle of the “weaker” sex emphasizing their attributes that they are indeed the most important part of our society. Such shows and cinemas are Mardaani, Four More Shots Please, Pink, Thappadd, and others where they not only showcase the problematic rules and regulations set by the prejudiced society but also how the protagonists break those rules and regulations to set forth their lives.

The show has four main characters, all-female. They are Sayani Gupta, Bani J, Kirti Kulhari, and Maanvi Gagroo. The director of the web series which is set to be premiered and considered as the Amazon original is also a duo female – Anu Menon, Nupur Asthana. This makes a mark in television in the world of direction as the cast and the director are all female, catching the realism of the society through the show. But what makes it more interesting and honest?

It is the writing of the script. The words along with the acting hold the key to making any kind of development in the sea of patriarchal ideology. The writers of the web series are also female namely Devika Bhagat, Ishita Moitra.

They are the ones who have taken to own the struggle of the four characters and show to us how they through their own way have tried to fight against the injustice of the society, how they fight it by not going by the norms and that is why it is one of the most sought after a show in Amazon prime which has garnered many viewers and also a third-season too.

Sayani Gupta is cast as  Damini Rizvi Roy “Dee” who is an investigative journalist. Along with her as one of the lead, we have Bani J playing the role of Umang Singh who is a bisexual gym trainer. This aspect of Umang Singh has us considering the struggle of queer life which shows an intersectional way of the problem of their life.

Then there is another character played by Kirti Kulhari as Anjana Menona who is a successful lawyer in the city where it is very problematic to live alone with a child. She is a single mother and a divorcee. We have Maanvi Gagroo playing as Sidhi Patel who hails from a very rich family who got everything she wanted, but did she? That remains to be seen.

The web series showcases some of the best bits that feminists nowadays are suffering from. Whenever a feminist takes a stand for herself, she gets slut-shamed. This is nothing that the sisterhood of this present time doesn’t go through from day into the day out – you do something that makes you happy, you become selfish. You do something that will help you rise and shine, you become more self-centered.

You do something that will benefit your own mental health, you become psychotic in their eyes. All of these situations have been showcased in Four More Shots please where the protagonists try to mock the problems away by taking a shot, by celebrating their problems and owning it, by fighting like a queen so that they can win against all this. Each of the protagonists is fighting the fight in their own way.

Anjana, in spite of being a successful lawyer who is advancing in her own career, is not only battling the family pressure and has chosen to live a life with her daughter, divorcing the negative force of a husband who made her doubt her own being is a sign of fight that everyone should be influenced from. We learn that it is not the society that is only toxic, but the people around us who are constituted of the society make it toxic. Their ideology, their thought process is the toxicity that is taking away the freedom of the women.

Even though Anjana is blamed for being a successful lawyer and even a successful mother is something that the society will never obtain as a mother cannot have both: that is, a career and the responsibility of a child, but as she manages to do them both by slapping the society, Anjana becomes the voice of all those single mothers who have stood for themselves and continues to be the voice of those who are trying to break the shackles of their toxic relationship that continues to choke them.

Anjana is the epitome of those people who have always been in a traumatic relationship which has caused a mental strain on her life. Anjana not only fought the mental strain of a broken marriage. Even though she has formed a relationship with Arjun, she cannot go through with him as she cannot give anyone else the same power to mess her up. She would rather stay alone and have that autonomy over herself and the much-needed independence than staying in a relationship where there is a chance of growing tension.

She even handles the overwhelming relationship with Shashank which was a self-destructive step on her part. Anjana is the symbol of that fighter who breaks down but owns her mistake and like a Phoenix rises again from the ashes. Each and every girl should be influenced by the characteristics of being a strong person who even after breaking down, both mentally and emotionally, will rise up again even after all the odds.

She is the epitome of sisterhood that is reflected in this wretched world very often. She is a fearless woman who has stood for herself and made her way to become a famous journalist so that she can establish her way to her own hard-earned freedom. She pens down her opinion with no regret and shows how women shouldn’t hold back just because society expects her to do so.

What she writes is the reflection of her own being which makes it much more beautiful and relative to the other girls who are trying to fight this ideological construct which has been making the lives of women a living hell. There is a proverb that goes like “pen is mightier than the sword” and with each stroke of the pen, Damini continues to not only unravel the societal structure but also challenges them in her own way.

This makes the whole thing more interesting and even influencing all those writers, a journalist out there who has just stepped into this tough and thoroughly male platform. She doesn’t only hold the power of unraveling the truth but holds the independence and is a very strong human being, both emotionally and mentally.

This role is played by Bani and we all know what she is. Half of the population is stuck in the homophobic zone where it is thought to be abhorrent to be anything other than male and female. You are either male or female and if you choose to be something else, the society will bash you for having that option. Once you try to challenge the prejudiced normality, you are abnormal. Umang is a girl who hailed from a family where she had nothing.

Upon coming here, she started to gain not only financial stability that many fail to do, but also gained her identity which is important. She not only owned her life and embraced her being but continues to fight the society in her won way by saying “they don’t have the right to tell her what to be”.

The intersectional cross that these phenomena represent is reflected through Umang who is not only fighting the fact that she is a woman and cannot do things accordingly but also the fact that she is a bisexual who cannot be ‘herself’. She continues to resist those facts where she becomes ‘something’ starting from ‘nothing’.

If you think feminism doesn’t agree with being privileged or feeling ‘comfortable’ doesn’t really comply with those who have the means then you are wrong. One can feel lonely, discomfort towards their own being, oppressed, not being heard of even though they have the means and Sidhi is one of those people who in spite of having everything, every means is not comfortable in her own skin. Why? Because according to society a girl should be ‘slim’ because too fat a woman is bad for a man’s ego.

She resembles everyone of us who self-criticizes our own selves in every step, she, even having the money to change herself according to the society, chooses not to do it and this is the fight of Sidhi as she fights again fatphobia, body shaming, low self-esteem and lack of confidence that the societal norms have inflicted on her. Instead of changing herself, she overcomes her lack of confidence with the help of her friends and stands for her own self, her own being exactly the way she is.

In spite of their own individual fight which has been resembled by many women for ages, they are carrying the burden of not having a phallocentric object. It is a tough fight which was made easy because of only one thing – the sense of sisterhood. Each girl shared the same experience, that is they were oppressed by the society, beaten down but chose to fight it so that they can become ‘equal’.

This same shared experience has become a symbol that lies within each woman, which has made the fight worth fighting for. Four more shots please have garnered many negative criticisms because of the sexual objectivity shown in the show, however, this is a sign of freedom that many don’t want women to give.

Women are not meant to feel the feeling of having freedom, the feeling of pleasure on their own anonymity and that might trigger many, that is why Four More Shots Please! Continues to be a success as it triggers the sensitive nerve where it should, raising questions and unconsciously answering them too. 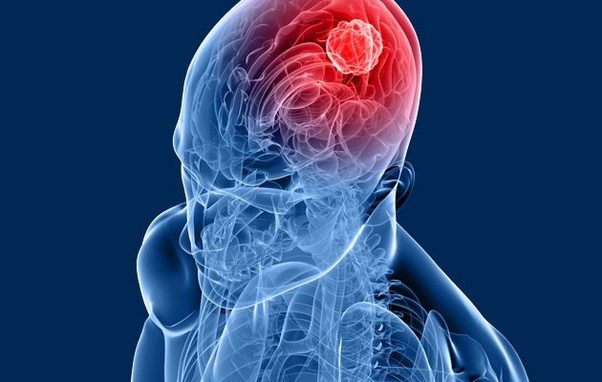 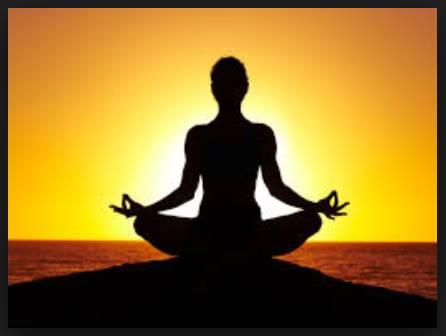