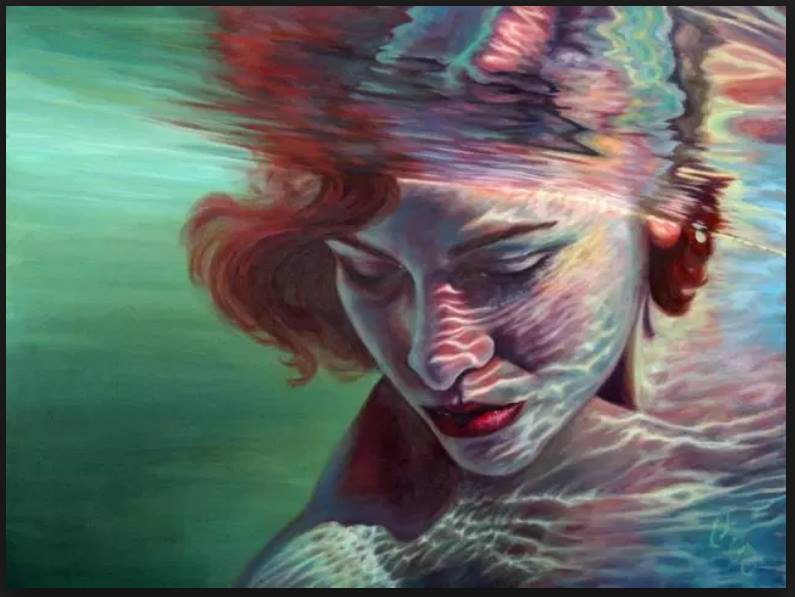 Sometimes physical health is just a state of mind. Your feelings help determine how well your immune system works, how fast you age, and much more. 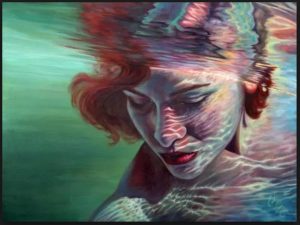 Call it a clinical study for two: You and your sister attended a family reunion filled with sniffling cousins. Now you have a cold, but your sister’s in perfect health. Why? You both eat well, exercise regularly, don’t smoke, and it’s not like your sister has superior genes.

Sorry to use the s word, but it could be stress. All those budgets and deadlines and seven-year itches you’ve been dealing with can depress your immune system. In fact, researchers have shown stress can take years off you–and not in the good way.

These scientists are now proving in the laboratory what traditional healers have instinctively known: That the mind and body are intricately linked, and when either is weak, the other suffers. In fact, your emotions are so strongly connected to your physical being that they can elicit tangible physical responses. One field in particular has made great strides in understanding the connections between our emotions, well-being, and immune-system function. It’s called–take a breath–psychoneuroimmunology (also referred to as PNI).

PNI originated in the 1970s, a time when the Western medical establishment still believed the immune system worked autonomously, without much help from the heart or mind.

Then Robert Ader, Ph.D., and his colleagues in the department of psychiatry at the University of Rochester, New York, discovered the immune system could be psychologically conditioned to perform a certain way.

In a laboratory study, Ader fed rats saccharine while simultaneously giving them an immunosuppressive drug that caused an upset stomach. After just one pairing of the sweetener with the medication, the rodents learned to avoid the saccharine, because they associated it with stomach discomfort. And the more of the stomach-upsetting drug they received, the greater their avoidance of the saccharine.

The study was then repeated using only the saccharine, and, much to Ader’s surprise, many of the rats died. Then he figured it out: Even when the rats did not receive the drug, their bodies associated the saccharine with the suppression of immune function; in response, their immune systems actually became weaker. In other words, Ader had conditioned an immunosuppressive response–and the more saccharine the rats received, the more likely they were to die. The experiment led to a then-radical conclusion: The mind and the immune system are linked.

“There were lots of responses to our study–and some of them you can’t print,” Ader says today. “But our results showed you’ve got to deal with the whole adaptive system of the organism and not just a single element of the system.”

Molecules Of Emotion
Mind-body medicine took another big step forward in the lab of Candace Pert, Ph.D., a scientist at Johns Hopkins University. Pert made history when she discovered the receptors that allow the body to use natural and synthetic opiates. That led to the discovery of peptides–the short chains of amino acids that act as chemical messengers–and peptide receptors. Pert found that emotions trigger the release of peptides, which then travel to receptors throughout the body.

She calls peptides the molecules of emotion. “A feeling sparked in your mind will translate as a peptide being released somewhere,” says Pert, now a neuropharmacologist at Georgetown University School of Medicine. “Peptides regulate every aspect of your body, from whether you’re going to digest your food properly to whether you’re going to destroy a tumor cell.”

Peptide receptors, which are found in the organs, endocrine glands, skin, muscle, and other body tissues, store emotional information received from the peptides. Therefore, emotional memories can be stored not only in the brain, but also in many places in the body. That would explain, for example, why people have “gut feelings” or why memories and emotions sometimes pop up during massage or acupuncture–because emotional memories “live” in the body’s tissues, Pert says.

The discovery of peptides and peptide receptors offered, for the first time, tangible evidence of the actual physical exchange between mind and body and the biochemical basis of emotion–and confirmed what Eastern healers have long known intuitively. Also, while peptides and their receptors are located throughout the body, they’re concentrated in the places that correspond to the chakras, the seven areas around the spine where, according to Eastern medicine, energy is gathered and then distributed to organs and tissues. “It blew me away when I realized this,” Pert says.

When your body is in balance, peptides and receptors are able to do their jobs correctly, but when the body is thrown out of balance by intense emotions, the system works less effectively. For example, nervousness might cause a peptide miscommunication that would result in too much water being held in the intestines, and thus, diarrhea–a direct physical result of an emotional state.

What does this mean for you? Fighting off and healing from disease requires a strong immune system and balanced emotions. It’s never an either-or situation: The immune system works well when your system of peptides and receptors is in balance, and the peptide system is in balance when you are emotionally strong and healthy. Thus, when you’re dealing with difficult emotions, both your peptide and immune systems may be compromised. That’s why it’s important to stay emotionally healthy–not an easy task in this stressful world.

Healing emotional stress can be complicated, but it’s worthwhile because of the positive effect this can have on your immune system. Finding a way to let go of deep-seated anger, for example, can boost your immunity. “Anger and blaming others takes a lot of energy away from healing,” Pert says. “One of the most powerful emotions that has to be expressed is forgiveness.”

Mind-Body Connections
In the years since Ader and Pert made their discoveries, researchers have been busy learning more about how the nervous, immune, and endocrine systems work together. Several large-scale epidemiological studies have established that depressive feelings are associated with an increased incidence of death from all causes, says Neil Schneiderman, Ph.D., a professor of psychology at the University of Miami. Other investigations have shown that people who are prone to hostility and anger have an increased risk of developing heart disease.

Here are some of the most recently found links between emotional and physical health:

Chronic stress ages human cells. Scientists at the University of California, San Francisco, compared the mothers of healthy children with the mothers of chronically ill children. Their report, published last December in the Proceedings of the National Academy of Sciences, found the stress of caring for a sick child causes cellular changes. The stressed women’s cells had shorter telomeres, which are bits of DNA found at the end of chromosomes. Telomeres shorten slightly each time a cell divides; as a result, they’re much shorter in older people. The telomeres of the most stressed participants had cells that appeared about 10 years older than the women were chronologically; the cells also had lower levels of an enzyme that repairs damaged telomeres, and higher levels of free radicals, which can damage DNA.

Psychological tension may speed the onset of cancer. In a study at the Sidney Kimmel Comprehensive Cancer Center at Johns Hopkins University, mice were exposed to a psychologically stressful situation–the smell of fox urine–along with large amounts of ultraviolet light. The results, published in the December 2004 Journal of the American Academy of Dermatology, found that the mice developed skin cancers more than twice as fast as mice exposed to only the UV light. The researchers suggested humans could have a similar response.

Disturbing emotions can cause physical damage. Researchers at the University of California, Los Angeles, asked one group of college students to write about an upsetting experience that made them feel bad about themselves, while a second group of students wrote about neutral topics. The study, published in Psychosomatic Medicine, determined the first group secreted greater amounts of a marker of pro-inflammatory activity than the second group. The more shame and anxiety the participants felt, the more of this inflammatory marker their bodies produced.

Patient confidence boosts treatment results. In a recent study published in the journal Prevention & Treatment, Italian researchers administered pain medicine to two sets of people: those who knew they were receiving a potent treatment and those who received the treatment without their knowledge. The same medication ended up being more effective in the aware patients.

These are the kinds of findings Pert has in mind when she says emotions “run every system in our bodies.” Stress, anxiety, depression, and other difficult feelings dampen the immune system. So what started as an odd experiment with rats and artificial sweetener has grown into a whole new way of looking at human health. Says Ader: “The field has burgeoned beyond what anyone would have expected.”

Emotions are double-edged swords. They allow us to fully experience our humanity, but they also impact our immune systems. That means we need a new definition of wellness. Because the mind and body are essentially one, relieving stress, letting go of anger, and finding productive ways to cope with the difficulties of life may be as important to our health as nutrition, exercise, and all the other steps we take to keep our bodies healthy.

How to feel more energy
Do you try to do too much too quickly? The results can be frustration, exhaustion, a compromised immune system, and not enough physical and emotional resources to face your next challenge.

Likewise, rushing depletes energy. “We haven’t been taught to guard positive energy, to see slowing down as a virtue,” says Orloff, who suggests examining the pace of your life to determine whether it supplies energy or siphons it away.

Here are seven strategies from Positive Energy for cultivating just that:

1. Ask yourself: “Does my pace feel good?” But first, give yourself a break from your usual flow of thoughts. Sit quietly, eyes closed, and take a few long, deep breaths until you’re relaxed. After a minute or two, go ahead and ask the question. You know you’re operating at just the right speed if your answer is yes.
2. Then, assess your need for speed. Start asking yourself: How does my pacing feel at work? At home? On vacation? With friends? Rely on intuition for answers.
3. If you’re a multitasker, take 10 minutes to work at a nurturing pace. Use that time to do only one thing–answer e-mail, talk on the phone, read a report–and don’t let your focus scatter. Do you feel more energetic? If so, savor that feeling and build on it. And don’t sweat the time out. “Energy never lies,” Orloff says. “If you work at your right rhythm, you will be more productive; trust me.”
4. When time is crunched, plan mini-breaks to energize yourself. For just a minute, take a few deep breaths as you touch your intuitive center between your eyebrows (press lightly with two fingers). This heightens your focus and brings you back into balance.
5. Commit to at least one self- compassionate action a week. “Planning regular downtime nurtures positive energy,” Orloff says. Schedule a nap, a movie, or time to sit still and listen to music.
6. Prioritize your to-do list. Recognize that not everything has to be tackled today. Do what is essential, and stop there.
7. Get completely absorbed in doing just one thing. Whether you are playing golf or filing papers, take a little time each day to fully inhabit your body.

Anna is an Indian business blogger. I believe that Content and Social Media Marketing are the strongest forms of marketing nowadays. 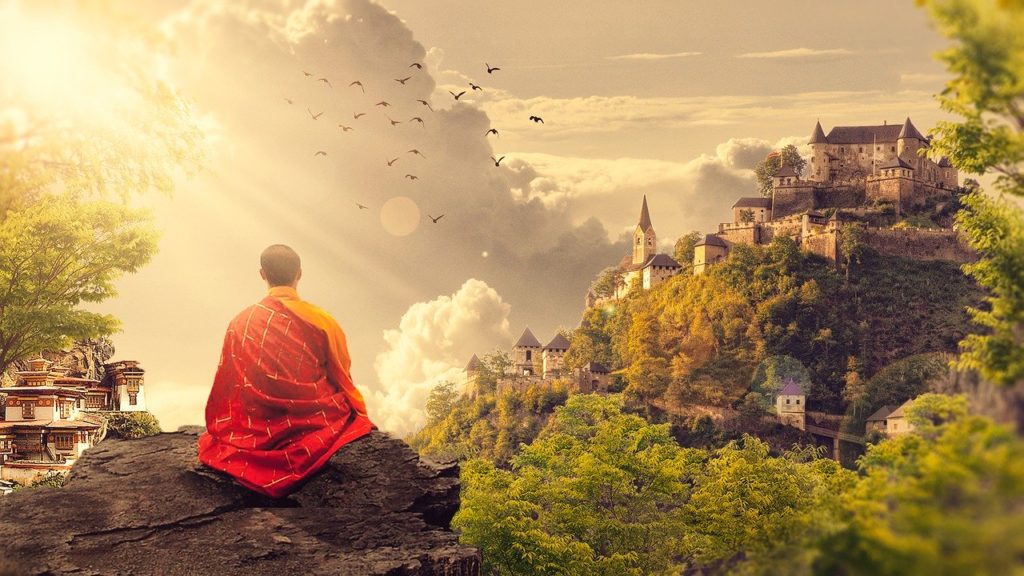